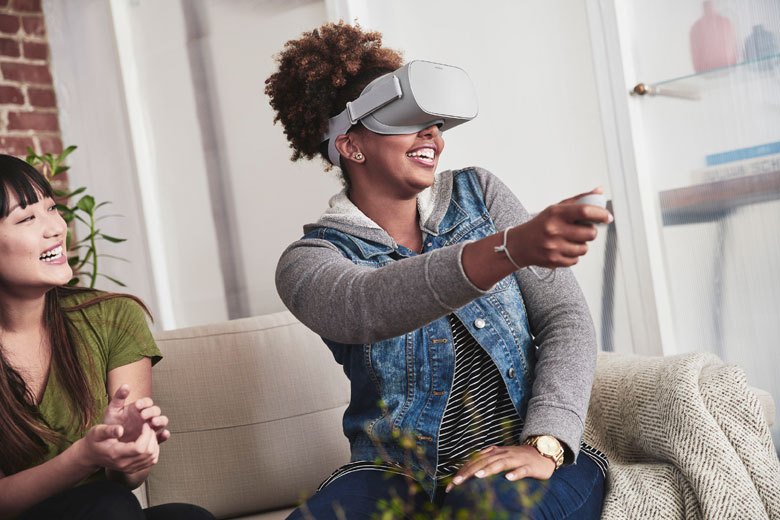 After seven months of waiting for the arrival of the Oculus Go standalone device, Facebook has finally launched it into the market. Starting at $199 for the 32GB model and $259 for the 64GB, the device is available in 23 countries where users will have the opportunity to enjoy quality the VR technology that is not dependent on a computer.

It is a launch that everyone at Facebook is clearly excited about, especially with Mark Zuckerberg’s goal of getting one billion people using virtual reality. Oculus Go is different from Samsung’s Gear VR and other headset that first made it into the market. With Go, you certainly don’t require a high-end smartphone or a computer. “We want to get a billion people in virtual reality,” said Zuckerberg. Facebook VP of VR Hugo Barra in his own words, describes it as “hands-down the easiest way to get people into VR.”

It is a definition of technology and simplicity—get it out of the box and start using it. It does not even require wires or cables, which further makes it very attractive to a lot of users.

Speaking to Recode a couple of months ago, head of Oculus Hugo Barra said: “You don’t have to worry about setting it up or clipping it in. It is the highest-accessibility type of VR that we think can exist. Standalone VR really is a key product category for us to try to get as many people as possible into VR.”

Facebook’s Oculus Go has a built-in speaker, which means you don’t need to an earpiece. The speakers are as a matter of fact, built into the strap, and the volume shouldn’t be turned up that high especially when you have people close by.

It’s a product that offers accessibility to people—an opportunity that will further take VR to markets never before accessed. It is massive because it offers so much simplicity, and without the need for a cable or a mobile phone.

You can watch movies or concerts, play games, or hang out with your friends in virtual reality. Made from new fabric, the standalone VR headset is very light.

$199 is a good starting point price-wise, and it is difficult to see how people won’t be encouraged to give it a go. Though, currently still only available in 23 countries, Facebook’s Oculus Go could open a new chapter in terms of how people view and use the VR technology.

You can order for the Oculus Go at Oculus.com, Amazon, Best Buy and Newegg.