Facebook has disclosed its willingness to team up with telecom companies, says Reuters. Facebook in return will offer them back part of the revenue.

According to Facebook, telecom companies will get benefited by winning back their earlier influence among the customers that they lost to companies like Apple and Google in the recent years.

Facebook disclosed its plans for the first time at Mobile World Congress. Facebook believes telecom companies can help it increase its profit from millions of mobile users interested in buying games or music on the social network. More than half of the total 845 million active users of Facebook access the website using their mobile devices. 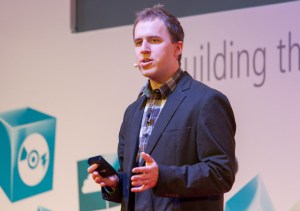 “Facebook and mobile were made for each other,” said chief technology officer Bret Taylor on Monday at Mobile World Congress.

The messaging service of Facebook is popular among its users. Facilities of group chats, photo sharing, and others for free is drawing users away from SMS services of telcos.

“Short term, Facebook is a good ally for the telcos. The danger is that, I think, it will eventually have to move into communications to justify its valuation,” said Andrew Collinson, research director at British telecoms consultancy STL Partners.

Facebook is yet to work out the exact methodology for making money from mobile.

No doubt mobile is going to play an important role in future success of Facebook, but whether Facebook will prove to be a valuable associate or a value-destroying opponent for telecom companies is a too tricky question to answer.