Facebook teams up with fact-checking services to fight fake news Reputation is everything you do online; and once ruined or tarnished, it takes time to get back on track. That’s why Facebook is teaming up with Snopes, FactCheck.org, Politifact and ABC News—all four companies along with the social media behemoth want to fight fake news. The goal is to make fake news, according to TechCrunch, less visible to people. By appending warnings from fact checkers to fake news feed, spammers and those who benefit from reporting hoaxes will no longer enjoy a free reign on the platform.

Facebook’s objective is quite clear—it wants to deal specifically with clear hoaxes; those articles shared intentionally to make money, but are also hoaxes. Ultimately, it’s not every story that will be affected as the company seeks to identify those that are posted by spammers. 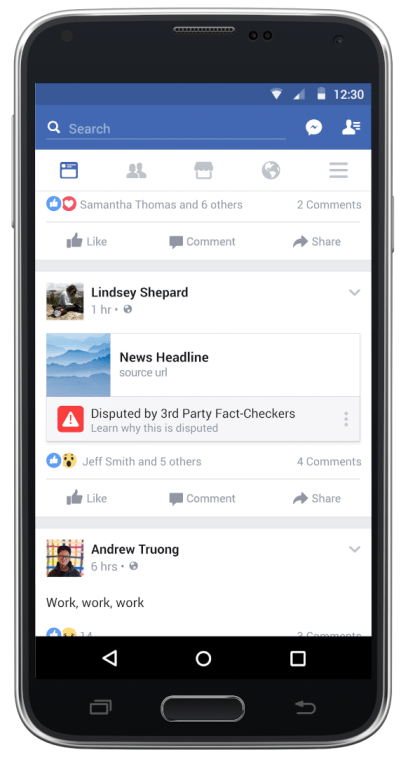 “We’re committed to doing our part and today we’d like to share some updates we’re testing and starting to roll out,” Adam Mosseri, Vice President News Feed said.

Going forward, Facebook will refer to fact-checking services that comply with Poynter’s International Fact-Checking Network fact-checkers’ code of conduct to warn readers of fake news articles flagged by algorithms and users themselves. Articles will be screened based on fairness, non-partisanship, funding, methodology, and transparency of sources.

If all four partners [more will be added by Facebook in the near future] confirm a story as fake, Facebook will be informed through a special reporting website built exclusively for them by the social media behemoth. This will be swiftly followed by showing of those links in the lower News Feed. The social media giant will also attach a warning label noting “Disputed by [one or more of the fact checkers]” with a link to the debunking post on News Feed stories as well as in the status composer, especially when a user is about to share the controversial link. Furthermore, Facebook will also prevent such stories from being turned into ads. 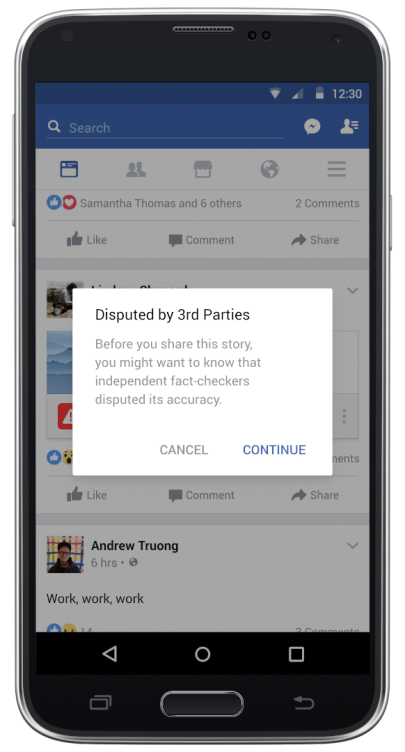 The company will also follow this up by sending the most popular potentially fake news stories to avoid flooding the fact checkers. Publishers that take issues with their labels will have the chance to take it up with the third-parties.

Services are currently being offered at no cost, but TechCrunch’s Josh Constine asked Facebook’s VP of News Feed Adam Mosseri why the companies would do the fact-checking work for free, “We’ve been met with a lot of positivity. What we’re doing, we believe, is aligned with their mission.” As for the risk of them too aggressively labeling stories as fake, Mosseri says. “I think that it’s going to be very public what they dispute, and it’s going to put them under healthy scrutiny. So If they just start disputing to try to get traffic, people will see what they’re disputing and call them out if there’s any issues…I think there’s checks and balances actually on both sides.”

In September, Facebook teamed up with other tech giants to combat the scourge that is called fake news online. The fact that the company is going all out to deal with the issue shows how deep fake news has eaten into how we do things online these days.