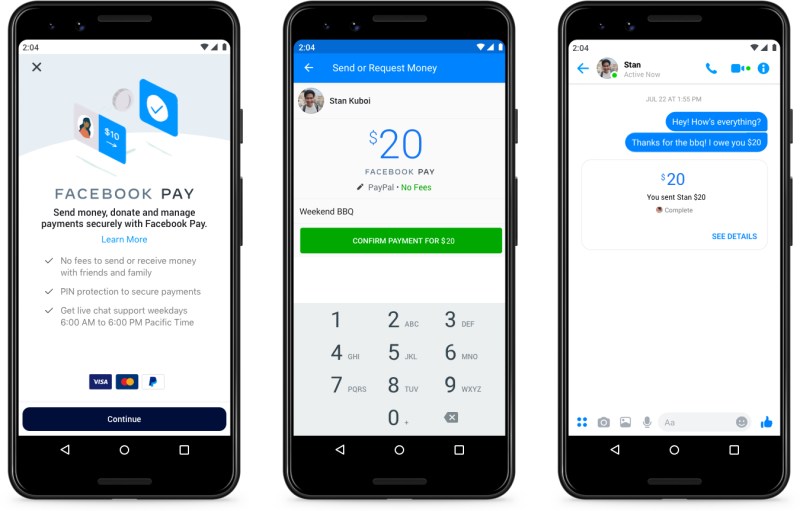 Facebook has just announced a new payment feature called Facebook Pay. Despite the growing list of such services online these days, the social media giant is continuing with plans to make payment across its sister services easy for users. The payment feature will serve as a payment option for users on Messenger for a start, but will later find its way to Instagram, WhatsApp, and Facebook.

All it takes is to add a payment option once, and the new payment method will work across any of the Facebook apps that you have enabled for it. Pay, according to the social media behemoth will start rolling out to users in the US this week, and will for now only work on Messenger before later rolling out to other Facebook apps. The company said the system will work with most major credit/debit cards and PayPal.facebook

How to set up Pay:

Perhaps, the most interesting part of today’s announcement is the fact that Facebook said Pay is different from its cryptocurrency project—both are not related. “Facebook Pay is built on existing financial infrastructure and partnerships, and is separate from the Calibra wallet which will run on the Libra network.”

Last June Facebook finally and officially unveiled all the details about its own digital currency backed by all the giants in the financial world. Libra, according to Facebook, will let you buy things or send money to people with no charges.

The white paper detailing how Libra will work was also released along with the announcement, including its testnet for working out its blockchain system. Libra is set for public launch in the first half of next year.