Home » Facebook out with a new video and photo transfer tool

Facebook out with a new video and photo transfer tool 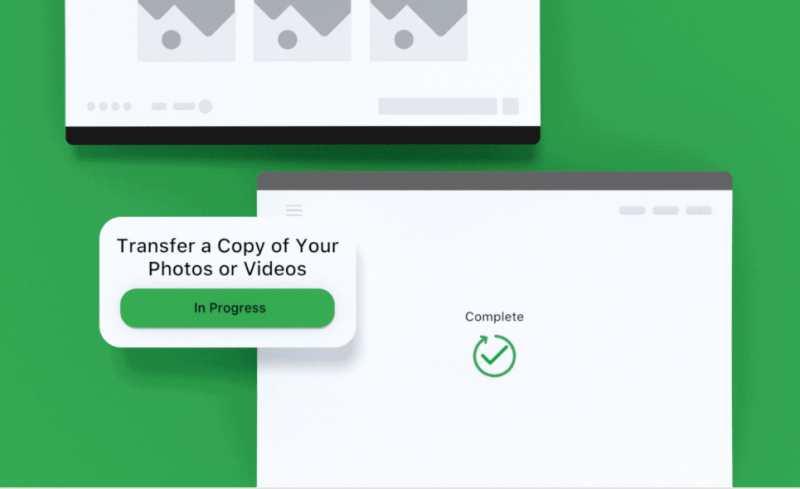 Facebook has announced a new tool that will allow you to transfer your video and photo to Google Photos. This is not the first time the social media giant is collaborating with Google; WhatsApp users already have access to Google Drive where they can back up their chats.

Facebook said its decision to allow transfer of files to Google Photos was inspired by the feedback it received from stakeholders around the world about what data should be portable. It also emphasized how important it views privacy when data transfer is enabled.

“We’ve learned from our conversations with policymakers, regulators, academics, advocates and others that real-world use cases and tools will help drive policy discussions forward. That’s why we’re developing new products that take into account the feedback we’ve received and will help drive data portability policies forward by giving people and experts a tool to assess.”

The photo and video transfer tool being is based on code developed through Facebook’s participation in the open-source Data Transfer Project. The social media behemoth said the tool will first be made available to users in Ireland, while users in other parts of the world will have their turn in the first half of 2020.

To access the tool, simply go to settings within “Your Facebook Information,” which is the same place where you can download your information. Facebook said it is taking the issue of privacy very seriously and so all data transferred with the tool will be encrypted and users will be required to enter their password before a transfer can be initiated. The limited roll out is based on the fact that the tool is still being tested. That said, the video and photo transfer tool looks like something that has come to stay.

In other Facebook news, the company said Dating users will be able to re-share their Instagram or Facebook Stories on the Dating platform. Users will have the opportunity to choose what Stories they want to share from within the dating platform, while also being able to share from within Facebook or Instagram. Bringing Stories to Facebook is aimed at giving users more insight into their matches while also proving they are real people.

Facebook Dating was launched in the US last September, barely one year after the service was first launched in Colombia. Users 18 years and older will be able use the service by tapping a new tab which will appear within Facebook mobile app.

The US launch brings the number of countries where the service can be accessed to 20. These include Brazil, Canada, Chile, Columbia, Ecuador, Guyana, Laos, Malaysia, Mexico, Paraguay, Peru, Philippines, Singapore, Suriname, Thailand, Uruguay, Vietnam, and the US.