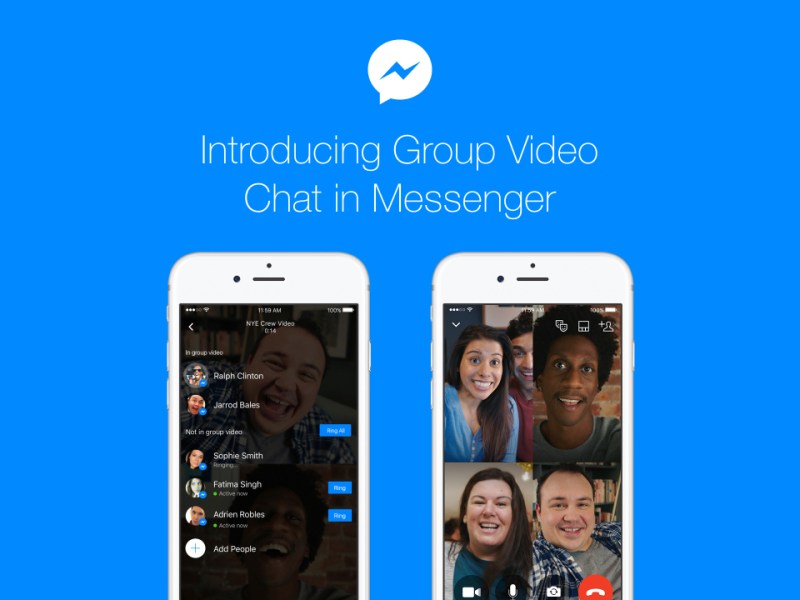 The holidays are here again, and Facebook is taking advantage of the season to launch a new group video chat feature. Facebook describes the new feature as “the most requested Messenger feature ever;” and the company is not far from being correct. With split-screen group video chat feature added to its popular Messenger app, Houseparty, a popular teen app now has something to worry about.

Six users on the Messenger app can appear in split-screen at the same time; and like Snapchat, they can don selfie masks. Apparently Facebook isn’t done with copying Snapchat because users of the photo sharing app can take selfies donning masks. 50 users on the chat app can listen and talk over voice while sending stickers, emojis, texts, and GIFs.

“As we close the year, we’re thrilled to launch the most requested Messenger feature ever – the ability to video chat in groups. Group Video Chat in Messenger makes it simple and seamless to stay connected face-to-face. Starting today, Group Video Chat is rolling out to Android and iOS devices, and the desktop version of Messenger, worldwide.”

The new feature opens up a more interesting way for people on Messenger to chat on video. I have a feeling that Facebook got it right this time around because it now makes the chat app a place to spend more time—this time around, it’s not just about sending text. Like Facebook puts it, it is “perfect for those spontaneous moments where text just isn’t enough”

While iOS and web users can start using the latest group video chat feature on Messenger, Android users may have to wait a while longer for the MSQRD-powered selfie masks. TechCrunch reports that the feature looks great on Wi-Fi, but using it on cellular connections might incur standard data charges.

How the split-screen group video chat feature works: First, you will need to download the latest version of Messenger to your phon. Then you have to join an existing group conversation, or create one if that’s what you want. Tap on the video icon on the upper right of the screen to enter the video chat and a notification will be sent to everyone in the group. Facebook says each person can join when they are set with a single tap. You can also directly ring a few of your friends in the group or the whole group for an extra nudge. 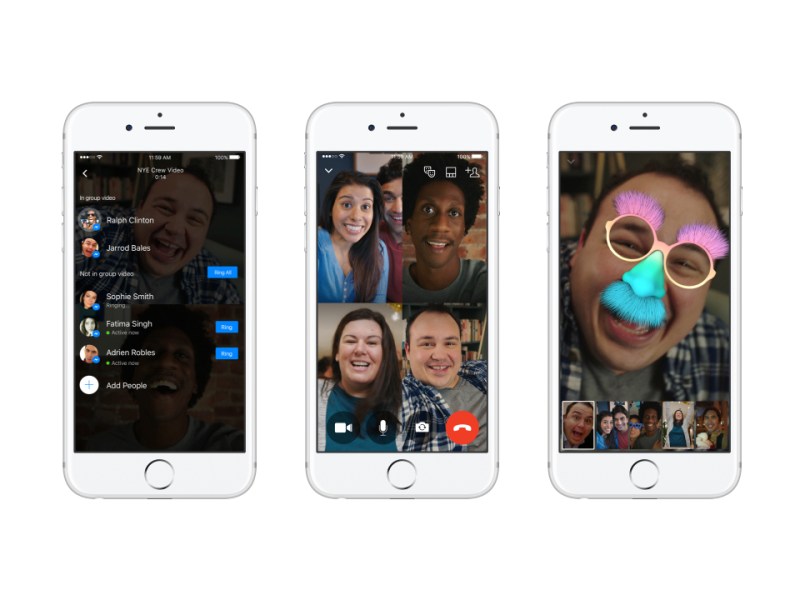 It’s a great way to get yourself in the holiday mood and keep in touch with your friends and family.

“This is the time of year to tell our friends and family how much we care about them and send best wishes for the year ahead. We’re delighted to bring you the ability to chat face-to-face with those who matter to you most, wherever they are. We look forward to hearing what you think.”