Home » Facebook is working on Business tab for Messenger

Home » Business » Facebook is working on Business tab for Messenger 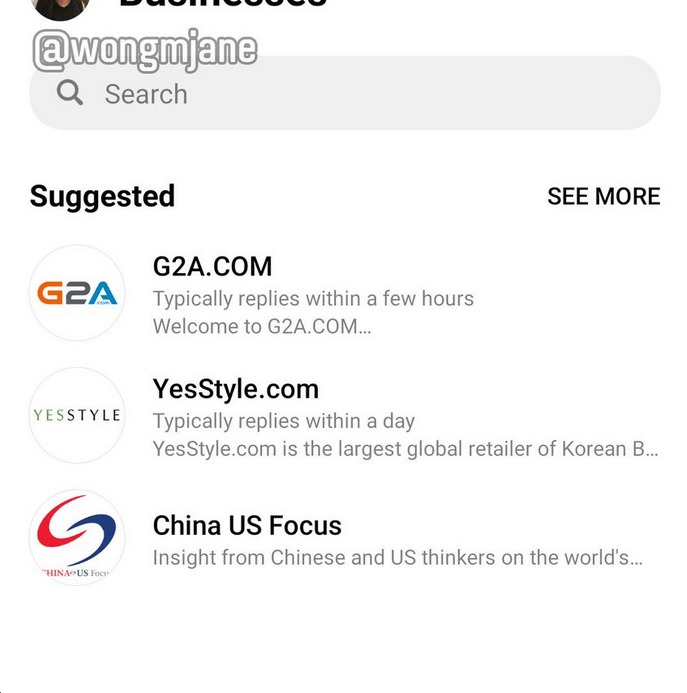 Facebook is reportedly working on a new Business tab for its messaging app Messenger. Jane Manchun Wong, a popular and reliable reverse engineer made this known in a tweet.

The Business tab was shown briefly during the last F8 conference where Facebook showcased some of its upcoming features and products.

For now, nothing much is known about the Business tab, but it gives us a clue into what direction Facebook Messenger is heading to in the next couple of maybe months or years from now.

Unconfirmed report suggests that Messenger could be finding its way back to the Facebook app. The feature, according to Jane Manchun Wong, is already being tested. What this means is that you could now use a single app to access both Facebook and the Messenger app.

This update will make use of the current Messenger button in the Facebook app, but you will now be taken to a new “Chats” section rather than opening a separate Messenger app.

The Chats section according to Wong, only contains some limited Messenger features. Users who wish to make calls would still have to open the standalone messaging app to do that. They will also need the standalone app to send photos, and send reactions to messages.

“We are testing ways to improve the messaging experience for people within the Facebook app,” a Facebook spokesperson said per The Verge. “Messenger remains a feature-rich, stand-alone messaging app with over a billion people using it monthly to connect with the people and businesses they care about most. We do not have any additional details to share at this time.”

Facebook is working to interconnect its trio of app of Messenger, WhatsApp, and Instagram. The plan is to allow for cross-messaging between all three. Each service is expected to remain as a standalone app, while the underlying infrastructure will be rebuilt. The end result is so that users might use only one of Facebook’s properties to communicate with others within the same ecosystem. Just like in WhatsApp, all three apps will support end-to-end encryption.

The worry for many users is how Facebook handles the issue of privacy as it is almost certain that data will be shared among all three of them. How do I engage other users across all three apps without exposing my phone number, personal data, and other vital information? That is the big question begging for answers—and hopefully it does not become a big issue later.