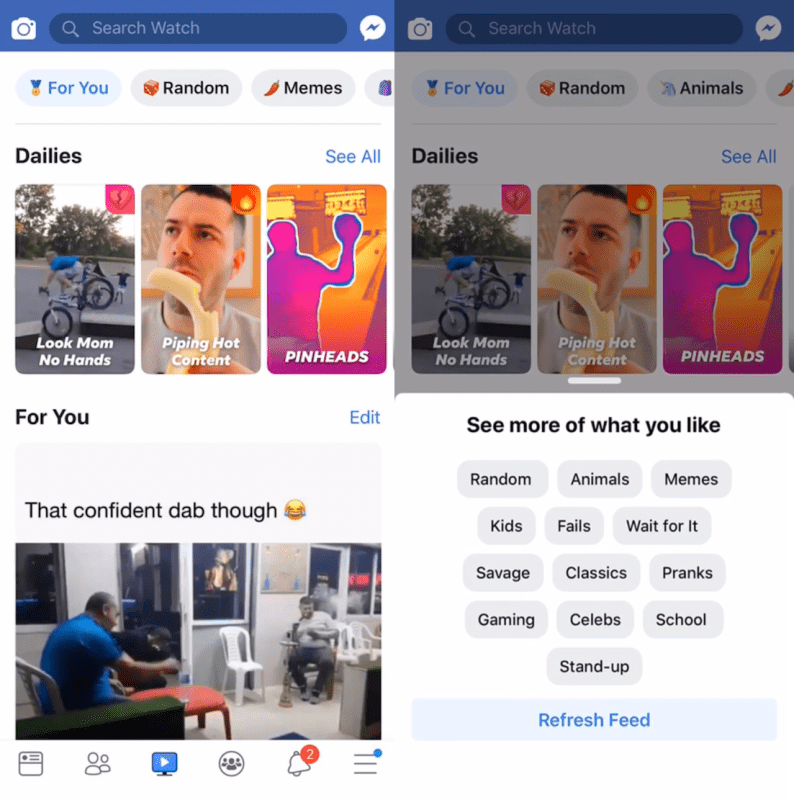 Facebook seems to be trying really hard to win the hearts of teens out there—and to be fair, the social media behemoth has not giving up. Only a couple of months ago—November to be exact, Facebook launched a teen-oriented app called Lasso. Well, Lasso has failed to hit the ground running, which means the social media giant needed to go back to the drawing board. According to TechCrunch, Facebook has been busy working behind the scene—and is targeting the teens with a new product called “LOL.”

Multiple sources according to the report, said that LOL has been in the pipeline for months. The video product, is a special feed of funny videos and GIF-like clips divided into different categories like “For You,” “Animals,” “Fails,” “Pranks” and more with content pulled from News Feed posts by top meme Pages on Facebook.”

LOL, according to TechCrunch, is currently being tested by around 100 high school students who have been made to sign non-disclosure agreements with parental consent to do focus groups and one-on-one testing with Facebook staff.

LOL has been confirmed by Facebook to be a work in progress with the company also confirming that it is a home for funny meme content with a handful of users in the US. The company, however, has not confirmed if LOL will be a standalone app or a separate feature in one of its main app. An official statement per TechCrunch confirming the story explains thus: “We are running a small scale test and the concept is in the early stages right now.”]

In a bid to compete with Musically, Facebook launched a teen-oriented app called Lasso last November. Lasso allows you to record short clips the same way you do with Vine. You can record yourself while dancing and lip-synch to music the same way you do on TikTok. Speaking to The Verge about the new app, Facebook said: “Lasso is a new standalone app for short-form, entertaining videos — from comedy to beauty to fitness and more. We’re excited about the potential here, and we’ll be gathering feedback from people and creators.”

Signup can be made through Instagram or Facebook; but you will have to authorize Lasso to access your profile page, photos, and videos. While you can share Lasso videos as Facebook Stories right away, you may have to wait a little longer to do the same on Instagram Stories as that feature is yet to be activated.

Perhaps, this might just be what Facebook needs to sway the hearts of teens. Whatever happened to Watch, Instagram’s IGTV, and Lasso? Those apps were launched with so much expectations, but things have obviously not worked as planned.