This resulted in wife number 1, who had no prior knowledge of a wife number 2, to visit her Facebook page, and, to her shock and dismay see her husband pictured happily with his new bride. The first wife friended the second when she clicked on her Facebook Id under the “people you may know” box, and this of course led her to the unhappy news that her husband had moved on to another woman. 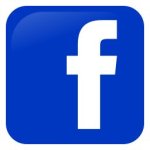 Alan O'Neill, formerly known as Alan Fulk, remarried but did not divorce his first wife.

Mark Lindquist, Pierce County Prosecutor, said: “Wife number 1 went to wife number 2’s page and saw a picture of her and her husband with a wedding cake.” Wife number 1 then called O’Neill’s mother, and court records show the defendant arrived at the first wife’s apartment an hour later to try to fix the complicated situation. According to court records, the first wife asked Mr. O’Neill several times if they were divorced and Mr. O’Neill replied: “No we are not.”

The charging document shows that neither Mr. O’Neill nor his first wife had ever filed for divorce, and that Mr. O’Neill in December changed his name, and then married wife number 2 later that same month.  The documents state that 41 year old Mr. O’Neill, previously known as Alan Fulk, asked wife number 1 not to tell anyone about his second wife and told her he would fix it, but instead she called authorities.  Lindquist explained what the unfortunate Mr. O’Neill is learning the hard way: “Facebook is now a place where people discover things about each other they end up reporting to law enforcement.”

Sherriff spokesman Ed Troyer said that Mr. O’Neill has been working as a correctional officer for Pierce County for the last five years but after prosecutors charged him with bigamy on Thursday he was put on administrative leave.  Mr. O’Neill could be sentenced to one year in jail if found guilty.

Court records show that Mr. O’Neill and his first wife, who were married in 2001, had been having problems dating back to 2009 when he moved out. Wife number 1 was later arrested after she got into a heated argument with the woman who later became wife number 2.   Lindquist said Mr. O’Neill has been released from jail, standard procedure for non-violent crimes, but must appear in court later in the month.  “About the only danger he would pose is marrying a third woman”, Lindquist noted. 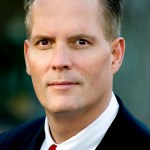 Pierce County prosecutor Mark Lindquist said it is not clear why Mr. O'Neill and his first wife never divorced.