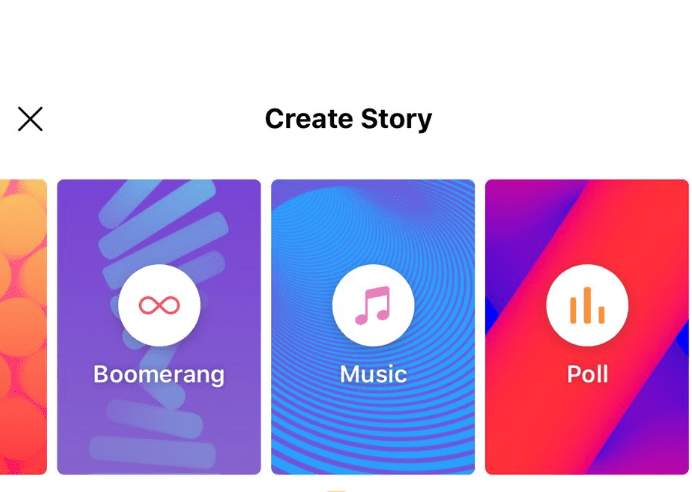 A new tile has been added to the creation page in Facebook Stories. The new tile will allow you to share your Music stories; but is currently only available on iOS. The new addition was spotted by Matt Navarra, and can be seen in-between the Boomerang and the Poll tiles.

UPDATE: Facebook has added a ‘Music’ tile to the Stories creation page on iOS https://t.co/2ufeET0yDG pic.twitter.com/rBNDtqsGAb

It seems the Music tile is not a test, which means it is an official roll out that is now available to all iPhone users. It is pretty much self-explanatory as nothing much is needed in terms of explaining how it works. It will allow you to share your music stories to friends; just like other tiles do.

While Snapchat pioneered Stories, and made a huge success of it before other social media platforms like Instagram, Facebook and WhatsApp launched their own versions, Facebook appears to be edging it in terms of usage. In 2018, Facebook stats revealed that its own version of Stories was recording giant stride ahead of Snapchat with 300 million active daily users.

That figure was a combination of Stories on both Messenger and Facebook. According to user experience research manager at Facebook Liz Keneski, the combined figure does not account for double dipping. What that means is that a message posted by a user on Facebook, which of course, quite naturally appears on Messenger is not counted as two—but as one.

Obviously Facebook wants to encourage as many advertisers as it possibly can to warm up to its own version of Stories. The publication of the stats was Facebook’s way of opening up Stories to advertisers.

Facebook Stories lets you share ephemeral photos and videos in a slideshow that disappears 24 hours later; the same way Instagram and Snapchat Stories work. Little circles that allow you to watch Stories will appear in the main app above the feed so you won’t miss them.

Facebook’s Stories came with a re-designed in-app camera, a new feed of ephemeral stories atop the News Feed, and a private messaging feature called Direct. I cannot remember the last time the social media behemoth made such a remarkable change to its in-app camera, but goes a long way in showing how prepared the company is in terms of taking on competition.

Facebook rolled out the Messenger version of Stories early in 2017. Called Messenger Day, the feature was first announced and made available to users in Poland in September 2016; but only became available globally in March 2017.

Messenger Day allows you to post videos and photos to Facebook Messenger that will vanish after 24 hours. It comes with filters and stickers just like what you have in WhatsApp [Status].

Messenger Day’s photo and video sharing features are pretty similar to Snapchat’s, but lacking the latter’s more advanced lens effects. There is also the ability to draw or add text images, which as you know is one of the major features in Snapchat.