The world’s biggest soccer show is here—the 2018 FIFA World Cup taking place in Russia. Russia 2018 promises to be one of the biggest ever, and trust Facebook to align its plans to the four-week long tournament. The social media giant has launched 32 colorful profile picture frames representing each of the teams taking part in the event.

Soccer fans from across the world will start seeing animated messages atop their News Feeds from Wednesday. The frames are geared towards inspiring people to show their passion for their favorite teams.

Fans, according to Adweek, will be able to add specific phrases to status update including “gooaal” or select cheers from all 32 countries taking part in the event. Fans who wish to unlock more phrases would have to post or comment with them or tap on them when highlighted.

Real Madrid skipper and Spanish international defender Sergio Ramos will be a part of augmented reality stickers also featuring other players in the Facebook Camera. As a matter of fact, some of the AR effects will be made available via Messenger Camera, which will also be part of the Facebook Camera.

Facebook Messenger users are in for a swell time too as the messaging service is all set to make their conversation more exciting during the month-long soccer event in Russia. Facebook has added some fun feature as well as some hidden games to keep everyone happy.

The latest changes/features include new filters, camera frames, and some exciting secret games that include addictive take on keepie uppies.

Per the Express, here are some of the new features coming soon to Facebook Messenger: 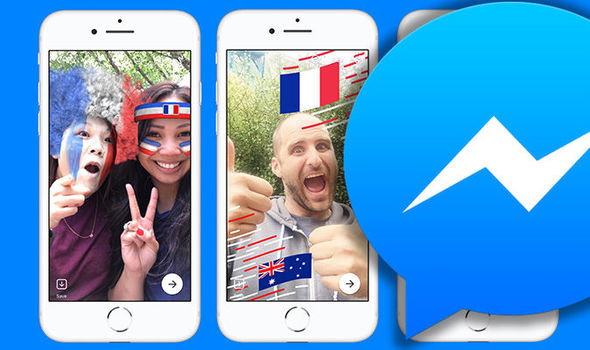 New Camera Frames: Fans will be able to cheer their favorite teams with new camera frames that feature the flag of each participating country. As the tournament progresses, they will even see frames that represent the games being played.

The Hidden games include:

theScore: Fans will be able to select a five-person squad of the world’s elite football players and challenge their friends or be randomly matched against another player. All they need to do is to pick their team and they are good to go. Once the games are underway, fans can follow how their line-up is doing live right until the final whistle is blown by the referee.