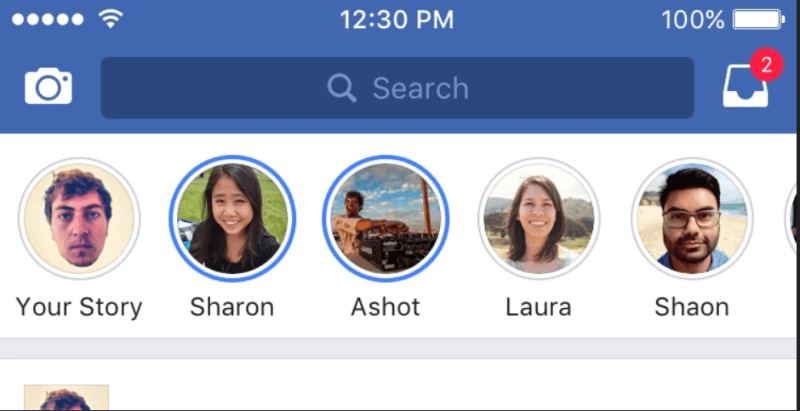 Facebook is pushing through with plans to make its version of Stories very successful. Although Facebook Stories is still not as successful as Instagram’s and WhatsApp’s versions, there are positive signs that things could improve in no distant future.

To further buttress its readiness to make a success of its version of Stories, Facebook has added a new set of Call to Action [CTA] stickers for Pages. The stickers will allow businesses to make more effective use of stories via direct response tools.

Social media expert Matt Navarra spotted the new CTA stickers and shared same on his Twitter page. The new buttons according to Social Media Today, mirrors the existing CTA options available in the main header of business Pages. Users can now prompt Stories viewers to “Shop Now,” “Get Directions” or “Book” directly from the Stories feed as can be seen below.

It is a big one for businesses; especially those considering the option of using Stories as a digital marketing process. Regardless of how young Facebook’s Stories still is, and considering the fact Instagram provides a better option, businesses might want to stick with the social media behemoth due to its potentials.

Facebook Stories was launched over a year ago is already gaining ground over Snapchat’s Stories. It is evident that Snapchat pioneered the feature, and made a huge success of it before other social media platforms like Instagram, Facebook and WhatsApp launched their own versions. According to stats released by Facebook, its own version of Stories is now recording giant stride ahead of Snapchat with 300 million active daily users.

The figure as released by Facebook per The Verge, is a combination of Stories on both Messenger and Facebook. According to user experience research manager at Facebook Liz Keneski, the combined figure does not account for double dipping. What that means is that a message posted by a user on Facebook, which of course, quite naturally appears on Messenger is not counted as two—but as one.

Facebook wants to encourage as many advertizers as it possibly can to warm up to its own version of Stories. The figures were released as Facebook was opening up Stories to advertisers, which obviously explains the reason for its latest figures.

Stories lets you share ephemeral photos and videos in a slideshow that disappears 24 hours later; the same way Instagram and Snapchat Stories work. Little circles that allow you to watch Stories will appear in the main app above the feed so you won’t miss them.

Facebook’s own version of the feature came with a re-designed in-app camera, a new feed of ephemeral stories atop the News Feed, and a private messaging feature called Direct. Can’t remember the last time that Facebook made such a remarkable change to its in-app camera, but goes a long way in showing how prepared the company is in terms of taking on competition.