According to Linux distribution popularity tracker DistroWatch Page Hit Ranking, Linux Mint, an Ubuntu-based computer operating system best known for its usability and ease of installation, has taken the lead and on track to continue its meteoric rise in average number of hits per day (HPD).

Debian Linux-based has always topped DistroWatch’s ranking for many years but last year the list saw it slip to second place and now ranks fourth after Fedora and openSUSE. 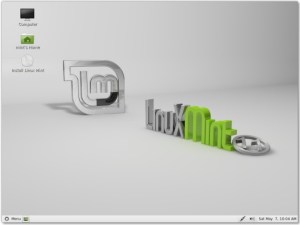 On top of that, Linux Mint experienced a 66 percent increase on a month-to-month analysis on DistroWatch.

Both Ubuntu and Linux Mint target beginners of the Linux computer operating system and both also come from the Debian OS.

Linux Mint, however, tweaked its UI to use a Gnome 2-like user interface, whereas Canonical went for the Unity UI as default for Ubuntu, which has faced several disapprovals from the community who wanted Gnome on traditional hardware than Unity for touchscreen devices.