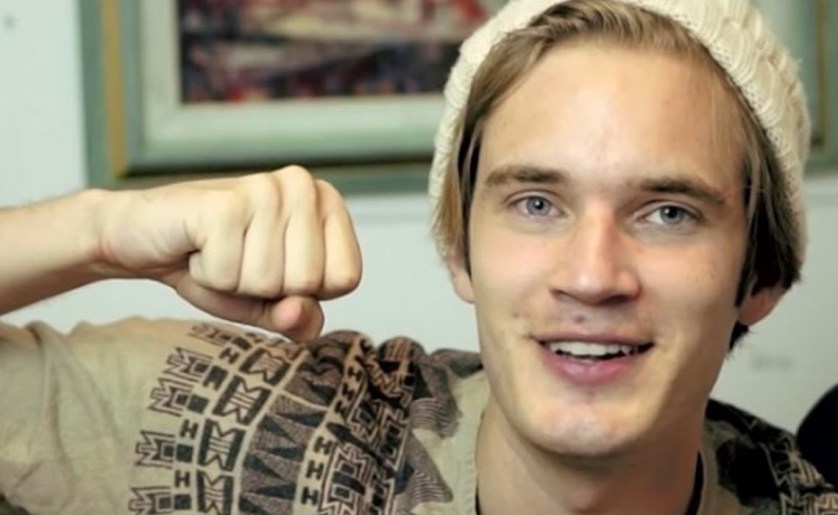 PewDiePie (real name Felix Kjellberg), the highest paid YouTube star, posted a clip on YouTube about a pair of South Asian men holding a banner that read, “DEATH TO ALL JEWS.” The Asian men were dancing and laughing. In a separate screen, PewDiePie was covering his mouth using his hands. That video was viewed more than 6 million times before YouTube removed it.

The YouTube star paid the men to hold the sign. While he was watching, he said that he is not anti-semitic. He thought it was a funny meme and never knew it would work.

PewDiePie is the most famous YouTube star in the world. All of his videos have been viewed more than 14 billion times. With a massive audience, he earned lucrative advertising deals. He worked with YouTube and Walt Disney Co, until this week.

After the anti-semitic joke he posted, YouTube and Disney severed ties with PewDiePie. YouTube confirmed that it decided to cancel the second season of Felix Kjellberg’s original series called Scare PewDiePie. His channel on Google Preferred has also been withdrawn. It is a kind of service of the video-sharing site that shows advertisers the site’s top-performing videos.

It was Disney that first canceled its business deals with the said YouTube star. On Monday, Maker Studios, which has been acquired by Disney, dropped PewDiePie. The star’s YouTube network Revelmode is under the umbrella of Maker Studios. In the studio, Kjellberg was the most-watched personality.

The cancellation of his shows happened when Wall Street Journal highlighted the star’s January 11 video, along with other videos with anti-Jewish jokes and Nazi images.

“Although Felix has created a following by being provocative and irreverent, he clearly went too far in this case and the resulting videos are inappropriate. Maker Studios has made the decision to end our affiliation with him going forward.” – Spokesperson of Maker Studios

The news pleased the CEO of the Anti-Defamation League, Jonathan A. Greenblatt:

“We are pleased by Disney’s decision to sever ties with PewDiePie following his posting of videos on YouTube containing swastikas and other anti-Semitic content, including one image of two men holding a sign saying ‘death to all Jews. This is clearly hate speech…PewDiePie’s effort to defend it as an attempt to be funny falls flat. PewDiePie is entitled to his views, but neither Disney nor any other company has any obligation to support his wide dissemination of hate speech.” – Jonathan A. Greenblatt

“I am in no way supporting any kind of hateful attitudes. I make videos for my audience. I think of the content that I create as entertainment, and not a place for any serious political commentary. I know my audience understand that and that is why they come to my channel. Though this was not my intention, I understand that these jokes were ultimately offensive. As laughable as it is to believe that I might actually endorse these people, to anyone unsure on my standpoint regarding hate-based groups: No, I don’t support these people in any way.”

Unfortunately, his excuse was not enough for Disney and Google.