Home » Court of Appeals: Embedding Copyright-Infringing Videos Is Not A Criminal Act

Court of Appeals: Embedding Copyright-Infringing Videos Is Not A Criminal Act

Home » Film » Court of Appeals: Embedding Copyright-Infringing Videos Is Not A Criminal Act

MyVidster has been found not guilty for allegedly embedding a copyright-infringing video on another website in a court of appeals ruling. 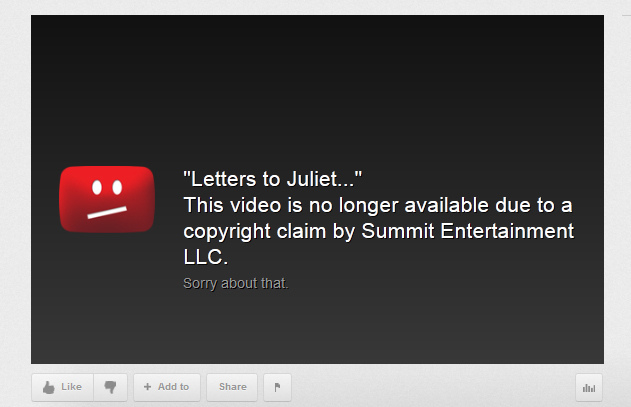 The court ruling has found out that MyVidster only offers links to versions hosted in another site on the Web since it “doesn’t touch the data stream” and thus, doesn’t host the infringing video.

It further stated that MyVidster was “not encouraging swapping, which in turn encourages infringement.”

The New York-based bookmarking site simply provides addresses by listing shows and providing the playhouse name and location to web surfers who seek to gain entertainment. It is not “transmitting or communicating” them.

As to the question whether MyVidster has done any unlawful act or not, let us recall the establishment of the contact information transmission or communication. Considering myVidster as a direct infringer would make it unclear to distinguish the difference between direct and contributory infringement. This would eventually make the provider of such information an infringer despite having no knowledge that pointing a visitor to his website was copyrighted.

Meanwhile, several firms have handed their support towards MyVidster. Both Google and Facebook filed papers arguing that sites similar to theirs should not be held accountable for uploaded copyright material to their servers from users, and should be perceived as merely intermediaries, taking the Digital Millennium Copyright Act (DMCA) safe harbor as defense. Another supporter is the Electronic Frontier Foundation (EFF), which has also filed an amicus brief in support of the site.

On the other hand, The Motion Picture Association of America (MPAA) defended Flava Works, and in turn filed a brief to the appeals court, advising the sustainability of the lower court’s injunction.

As to the effect of such case in other litigations remains a doubt. Taking into account for illustration’s sake is 23-year old TV-Shack site operator Richard O’Dwyer, who is facing copyright infringement accusations for offering links to other websites hosting uploaded copyrighted television programs and movies, rather than hosting the content itself. O’Dwyer will be deported from the U.K. for litigation in the U.S.