Home » What Consumers Are Doing On Social Media [Infographic]

What Consumers Are Doing On Social Media [Infographic]

Home » Infographics » What Consumers Are Doing On Social Media [Infographic]

Social media has become more and more influential on consumer and business interaction over the years. Furthermore, its influence continues to grow to this day and is forecasted to do so in the foreseeable future.

This is why businesses are also racing against each other to claim more of people’s time they spend on social media sites.

According to this infographic from Ciceron, social media has exploded in popularity with both consumers and businesses in the last five years.

It then proceeds to ask “Are businesses taking advantage of the insights they can glean from listening and interacting via social media?”

How does a business take advantage of the popularity of social media among consumers?

For one, it can market itself effectively using the many platforms available at the moment. However, as we have said before, social media is not only for marketing.

Social Media Is Not Only For Marketing Your Business [Infographic] 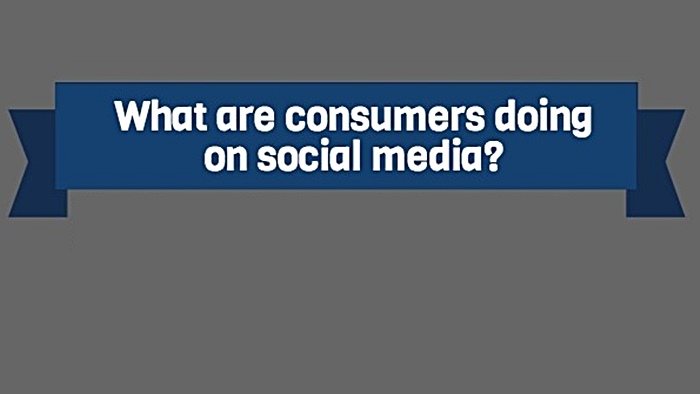 Businesses can, for example, engage in customer service and research via social media. They can learn from what consumers are saying on social media.

This is why the infographic lists how we connect to social media, what activities people do on social media and what social media networks businesses should pay attention to.

According to this, 94 percent of people using social media do so on a computer. However, mobile is catching up fast as 46 percent access social networks using mobile phones while 16 percent do so on tablets.

Meanwhile, 7 percent of people connect to social media using handheld music players, 4 percent do so on gaming consoles while internet-enabled TVs got 4 percent.

People doing social media marketing can also learn from the frequency of social activities reported in this infographic.

According to Ciceron, 70 percent of people hear the experiences of others. This should both serve as encouragement and warning to businesses engaging on social media marketing and even those who are not. People will eventually hear about an experience they had with your business and that would either be a positive or a negative thing based on what experience it was.

Another activity people do on social media is learning more about brands, products and services. The infographic notes that 65 percent of people on social media do this.

If a business is doing well in their industry, they can expect 53 percent of social media-using netizens to compliment them on social networks. What is a little surprising about this is noticed when the next data is presented.

As for the biggest networks in the world today, Facebook is still leading with 58 percent share. LinkedIn comes next with 17 percent followed by Twitter and Google+ with 15 percent and 12 percent respectively.