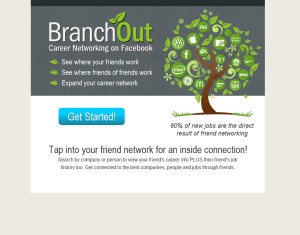 LinkedIn said it cut off access to its API because the websites violated its terms of service (TOS).   BranchOut, often described as LinkedIn for Facebook, planned to offer a premium enterprise recruiting tool and charging users to get access to LinkedIn data is a violation of the website’s TOS, said LinkedIn.

LinkedIn said BeKnown, Mixtent and Visible.me were blocked from LinkedIn’s API because they were using it to send promotional messages, which means profiting from access to its API, a violation of TOS.  And LinkedIn said since BeKnown was also charging for enterprise services that relied on the API, it, liked BranchOut was in effect charging for access to LinkedIn content.

Monster issued a statement yesterday in response to LinkedIn’s blocking action, expressing surprise and disappointment and asserting that its decision “not only goes against the interests of LinkedIn users, but also contradicts what LinkedIn stands for – openness and connectivity.”  Monster maintains that by preventing Monster from accessing its API, it has “taken away users’ rights to control how and when they can share their own profile data and personal contacts.”

David Henry, a marketing executive for Monster in the U.K. said the app is like a Chinese wall between Facebook and BeKnown, and explained that in the past “the problem is people have historically been very nervous about doing anything professional on Facebook because of the environment.”