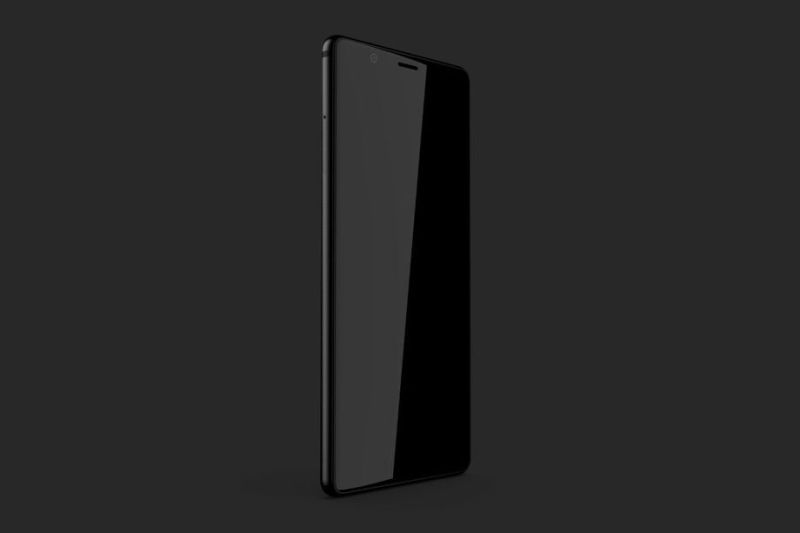 The Indian market is everyone’s favorite—it is like the beautiful bride that everybody wants to catch a glimpse of—and even BlackBerry wants a taste of it. The Canadian phone maker as we already know is gearing up to launch a bazel-less Android phone; and it is definitely headed for India.

Actually, BlackBerry retired from making phones sometimes ago, but it still finds a way to make phones albeit through third-parties. Ghost therefore is being built by Optiemus, a telecom company based in Delhi. Almost two years ago, BlackBerry said it would outsource its smartphone making business to development partners, and that could probably be the reason Optiemus is the main driving force of the “Ghost.”

The hint was given by Evan Blass, a well-known personality when it comes to breaking news as it concerns gadgets. Blass in a tweet on Monday said Optiemus would soon release the bazel-less phone into the Indian market.

The soon-to-be launched device, according to Blass, will have a rather slim bezel, and will be powered by Android. Nothing much was revealed in his tweet, but the next couple of weeks or maybe days could lead us into more information as it concerns the phone.

BlackBerry added a third-party branded smartphone device called the DTEK50 to its range of handsets in 2016. However, the hardware was made by Alcatel, with Google’s Android OS as its core software. The Canadian company’s decision to quit manufacturing smartphones won’t come to many as a surprise though, which of course, is the next step to take.

Rumors of Samsung acquiring BlackBerry reigned much three years ago; and even though the Canadian company denied anything of such, many believed something was going to happen along that line.

Rumors of a potential acquisition were rife in the media at the time after Reuters reported that both companies were in negotiations; but Samsung and BlackBerry both came out to deny such. Quoting the source, Financial Post said talks are on-going. “They’re leaning towards it.”

The Financial Post cited a document prepared for Samsung by Evercore Partners, a New York investment bank in 2014, which reportedly outlines the case for an acquisition as well as suggesting the possible structure for such a purchase as its bases.

As you already know, that didn’t happen, and here we are in 2018, the only thing that has changed so far is that BlackBerry no longer makes phone.