Home » BlackBerry throws in the towel; will no longer manufacture smartphones

BlackBerry throws in the towel; will no longer manufacture smartphones

Home » Blackberry » BlackBerry throws in the towel; will no longer manufacture smartphones 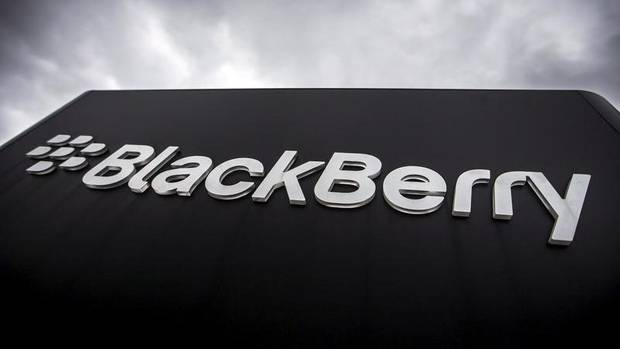 It’s not been pretty smooth for BlackBerry for some time now—the Canadian smartphone company was pushed off the race track by Samsung and other giants in the industry. On Wednesday, BlackBerry said it will no longer manufacture its own devices.

Instead, BlackBerry said it plans to outsource its smartphone making business to development partners. Great move if you ask me, especially as this would help the company to cut cost and focus on enhancing its return on investment.

“We are reaching an inflection point with our strategy. Our financial foundation is strong, and our pivot to software is taking hold,” said John Chen, Executive Chairman and CEO, BlackBerry, per Street Insider. “In Q2, we more than doubled our software revenue year over year and delivered the highest gross margin in the company’s history. We also completed initial shipments of BlackBerry Radar, an end-to end asset tracking system, and signed a strategic licensing agreement to drive global growth in our BBM consumer business.”

BlackBerry recently added a third-party branded smartphone device called the DTEK50 to its range of handsets. However, the hardware was made by Alcatel, with Google’s Android OS as its core software. The company’s decision to quit manufacturing smartphones won’t come to many as a surprise though, which of course, is the next step to take.

“Our new Mobility Solutions strategy is showing signs of momentum, including our first major device software licensing agreement with a telecom joint venture in Indonesia. Under this strategy, we are focusing on software development, including security and applications. The company plans to end all internal hardware development and will outsource that function to partners. This allows us to reduce capital requirements and enhance return on invested capital,” Chen added.

“We remain on track to deliver 30 percent revenue growth in software and services for the full fiscal year. We are revising upward our non-GAAP EPS outlook to a range of breakeven to a five cent loss, compared to the current consensus of a 15 cent loss. This reflects increased confidence based on improving margins and reduced interest expense from the recent refinancing of our debt, as well as planned investments in growth areas.”

In July, BlackBerry announced the release of the DTEK50 smartphone, which shares similar hardware specifications and design with the Alcatel Idol 4, and also runs on the world’s leading mobile operating system, Android. According to BlackBerry, the DTEK50 is the “world’s most secure smartphone.” The device was sold unlocked and was made available on preorder a couple of days after that announcement for $299.99 from BlackBerry. In the US, the device will be compatible with AT&T and T-Mobile. The DTEK50 is the world’s most secure Android smartphone according to BlackBerry. 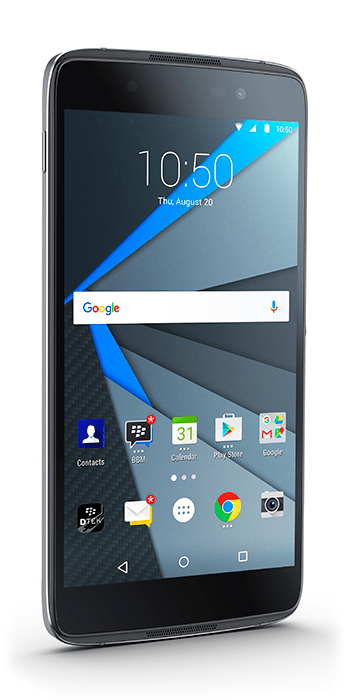 DTEK50, according to BlackBerry “will automatically monitor your OS and apps and let you know when your privacy could be at risk and how you can take action to improve it.”