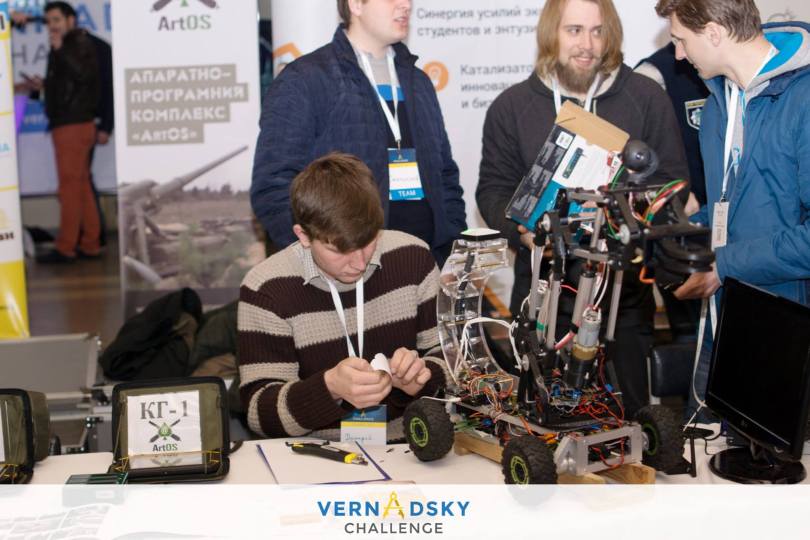 Michael Ryabokon, co-founder of Association Noosphere, has recently announced in his blog that the Vernadsky Challenge competition for startups will not be held in 2018. The same announcement also appeared on the challenge’s official FB page. Although the competition has been organized by Max Polyakov’s Noosphere on a regular basis, this year the company faced some obstacles caused by the third parties that made them make this decision.

According to Michael Ryabokon, among the main reasons of the decision was extremely low support of the competition by government agencies. Since its formation by Max Polyakov in 2015, the Vernadsky Challenge has always been held in the Ukrainian Youth National Aerospace Education Center, which is the perfect fit for the spirit of the event as well as in terms of the auditorium capacity. However, both the National Space Agency Ukraine that holds the event hall and local authorities haven’t assisted in the renovation of the center for more than three years. While no other event halls in the city are  alternatives at all.

Max Polyakov’s Noosphere Ventures has offered several reconstruction projects of the Ukrainian Youth National Aerospace Education Center to various government authorities, however, the company faced the problem of ignorance and bureaucracy. Thus the company hasn’t received  any positive feedback for quite some time, causing some uncomfortable situations. For instance, important guests, including Jamie Hyneman, the mythbuster, who visited the competition in this year, had to stay in the unheated education center with a leaking roof.

Given all the other factors combined, organizers decided to take a break from the event for 2018. Thus all the applications for Vernadsky Challenge 2018 will be forwarded to Noosphere Ventures. Unfortunately, the company does not guarantee startups that the grant will be issued. Noosphere Ventures includes some other partners who do not value social projects as much as they do. However, it is possible that the final stage of the competition will be held in the USA, which will give a unique opportunity for its participants to get into the startup environment in California. However, in this case, Ukrainian spectators will not be able to visit the bright event in Dnipro, according to Max Polyakov, the managing partner of Noosphere Ventures.

The Vernadsky Challenge has been held every year since 2015. The event attracted applicants not only from Ukraine, but from Belarus, Armenia, Kazakhstan, Albania, Israel and India. The winners were projects in different spheres, from a health monitoring device (Cardiomo) to a wireless audio transmitter (CloviTek), smart heating control hardware (eCozy), and interactive toys for children (Cubomania). Since 2015, Max Polyakov’s Noosphere has given away a number of grants with a total value of USD 190,000.