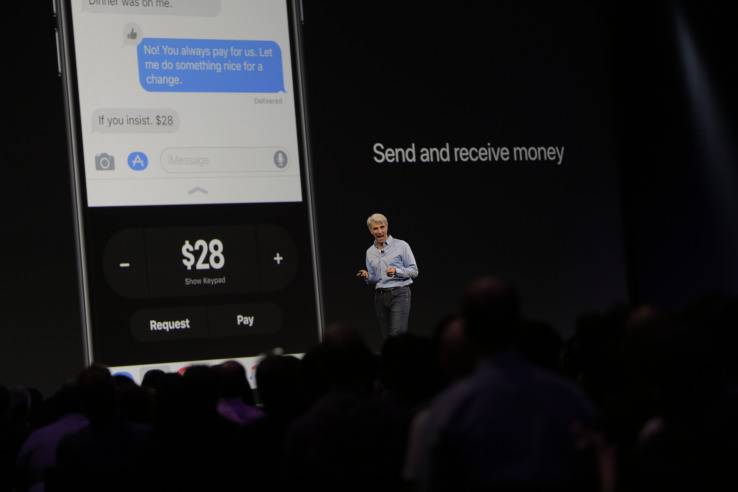 Apple will integrate the new feature into iMessage as an app, which will basically allow you to request payment with your contact with a single tap. Most importantly, the new feature will show up a notification when someone says “you owe me $10” and will automatically prompt you to pay your debt.

Integrating Apple Pay into iMessage will come as a big competition for Venmo; a company that has been offering similar service to users of the chat app for a while now. However, Apple seems to have the upper hand considering the fact that it owns iMessage as well as Apple Pay.

What this means is that, every iOS user will now be issued with a virtual card, which of course, will hold the balance of whatever is left from any payment made. Balance left, according to Apple, can be used to make payment anywhere Apple Pay is accepted. You can also cash out any balance on your virtual card to your bank account.

Apple Pay continues to expand to new territories since launch, and integrating it into iMessage is one of the shrewdest decisions taken by Apple. The payment service already launched in Japan, New Zealand, Russia and China.

“We are incredibly excited to bring iPhone 7 to customers in Japan so they can experience the magic of Apple Pay. Apple Pay will transform your daily routine, from making your commute easier and more convenient than ever with Suica right on your iPhone 7 and Apple Watch Series 2, to using your favorite cards to make secure and private purchases with a single touch,” Apple said while announcing that the payment service was coming to those countries.

PayPal, one of the biggest payment platforms in the world, was integrated into Facebook Messenger in 2016. The partnership with Facebook could yet be PayPal’s biggest opportunity to reach billions of people. The new feature allows select users in the U.S [more users and countries could soon follow] to easily link their PayPal and Messenger accounts. Users will also be able to receive payment alerts directly within the Messenger app.

When you shop online, you can easily make your payment with PayPal in addition to other available options, and also receive notification.

Got something to add to this story? You can do that by using the comment section below.