Home » Apple Watch 2 will have GPS and longer lifespan

Apple Watch 2 will have GPS and longer lifespan

Home » Apple » Apple Watch 2 will have GPS and longer lifespan 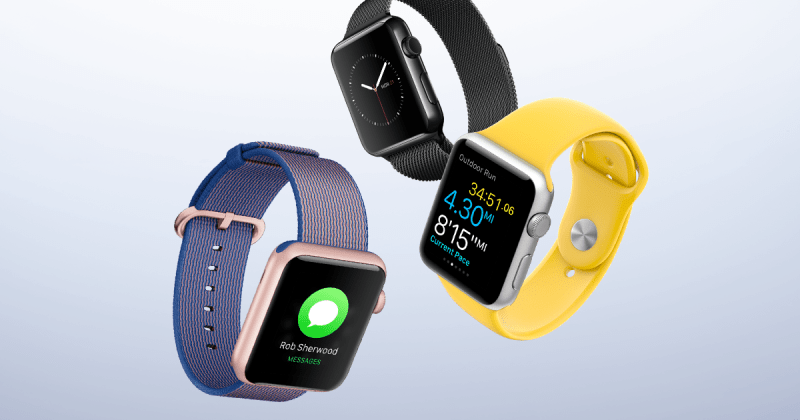 Apple’s products are usually a big hit, despites the setbacks. But, there is one product that has the public buffled. Yes, we are talking about Apple Watch! The controversial iOS smart-watch has the potential to be something great. It is slow, not the perfect fitness tracker and the battery could last longer. On the other hand Apple doesn’t want to give up. At the company’s WWDC Kevin Lynch, VP of technology at Apple, announced the release of WatchOS 3. The next-gen operating system that will make your Apple Watch faster and better.

But, the newest rumor comes from KGI Securities analyst Ming-Chi Kuo. He released a a research note in which he foresees a new Apple Watch 2 launch in the second half of 2016. The smart-watch will feature a faster TSMC-built processor, GPS, barometer, superior waterproofing, and a higher capacity battery. Also, the report says that the second-generation Apple Watch will maintain the same screen sizes and thickness as existing models. As for the rumor that the Apple Watch 2 will have cellular connection the analyst does not expect LTE support until 2017. So now phone calls through your watch.

Of course the new Apple Watch 2 will run on WatchOS 3. The update is expected this fall and the features are pretty good. “It’s seven times faster, but it feels like 1,000 times faster,” Lynch said during WWDC. “The apps are now glance-able and interactive.” So, the owners will see serious improvement at the apps performance. In addition the new OS will let users to share activity data with friends and family members.

The rest updates include a Control Center, similar to the one on iOS. It will provide fast access to battery life and settings for Airplane Mode, Do Not Disturb and more. Also, the feature called Scribble will allows you to write and respond to messages using your fingers. Last, but not least, WatchOS 3 has a special SOS feature. When you press and hold the side button the watch will dial emergency services and share your location. Here is the presentation at Apple WWDC.

Kuo adds that an upgraded version of the first-gen iWatch will feature the same processor and waterproofing, but no GPS. He believes that it will roll out in the second half of 2016 too. As for the release date Kuo thinks it will be the same as iPhone 7 and iPhone 7 Plus. So the company will have as many new products as possible for release.