Home » Apple to double its Workforce in Austin Campus

Apple to double its Workforce in Austin Campus

Home » Apple » Apple to double its Workforce in Austin Campus

Apple will build a new campus in Austin,Texas to double its workforce in the state, reports AP. The new campus will cost around $304 million.

Texas Governor Rick Perry recently announced that Apple will get a $21 million incentive from the Texas Enterprise fund – a state fund created in 2003 to attract high-tech companies – in exchange for Apple’s promise to add over 3000 jobs at its new facility in Austin.  The new recruitments will include customer support, sales and accounting staff.

“Our operations in Austin have grown dramatically over the past decade, from less than 1,000 employees in 2004 to more than 3,500 today,” said Steve Dowling, Apple’s spokesman.

According to Perry, the incentive offered to Apple is one of the largest since the creation of Texas Enterprise fund in 2003. About $443.4 million have already been invested from this fund to generate over 60,000 new jobs in Texas.

Critics call the practice of using state funds for job creation as “crony capitalism,” complaining that it benefits politically connected firms with little guarantee of new jobs creation. However, according to governor’s office, companies that fail to achieve their targets have to pay penalties that are known as “claw backs.”

Governor Perry also believes that “Investments like this further Texas’ potential to become the nation’s next high-tech hub.” 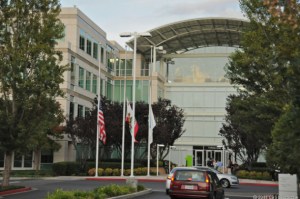