Apple has yet again proved why it is a force to reckon with as it posted record sales of its iPhone and Mac and revealed that the only thing which held back its performance for the company’s second fiscal quarter was that it couldn’t make enough iPads to keep up with massive global demand. 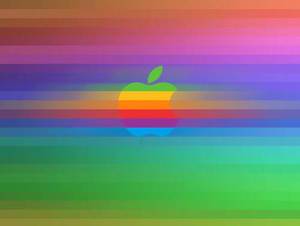 The consumer electronics giant on Wednesday revealed that its net profit for the just-ended quarter rose 95 percent to $5.99 billion and its revenue increased 83 percent to $24.67 billion.

According to the tech powerhouse, 18.65 million units of its niche-defining smartphone were sold in the previous quarter. A sale of 16 million units of the iPhone was the market expectation. Apple also revealed that its Mac sales increased by 28 percent to 3.76 million units.

Analysts agree that the only setback in Apple’s growth for the second fiscal quarter is that it failed to make more iPads to sell to consumers.

Apple sold 4.69 million first-generation and second-generation iPads in the second fiscal quarter, down from 7.33 million units sold during the first quarter. Chief Financial Officer Peter Oppenheimer said that Apple “sold every iPad 2 we could make.”

However, Chief Operatin Officer Tim Cook, who now handles the day-to-day running of Apple because of the medical leave of the company’s iconic Chief Executive Steve Jobs, said that he is “very confident” that Apple “can produce a very large number of iPads for the quarter.”