Rémi Denis-Courmont has defended himself and his colleagues at VideoLAN, the developer of popular VLC Player, after Apple Inc. has decided to banish the said program from its app store.

“On January 7th, Apple removed VLC media player from its application store for iDevices. Thus the incompatibility between the GNU General Public License and the AppStore terms of use is resolved – the hard way. This end should not have come to a surprise to anyone, given the precedents,” Denis-Courmont wrote in a post on VideoLAN’s website dated January 8. 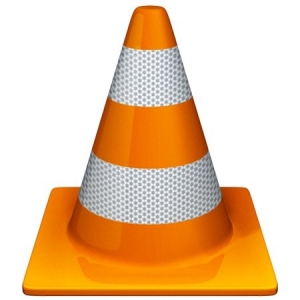 On January 9, he posted again, saying that, “A number of people and -unfortunately- popular bloggers have jumped to the obvious conclusion: the VideoLAN project, and I in particular would be idealist morons who care more about technical license details than users, and we would have constrained Apple. This is not quite true.”

Apparently, VideoLAN and he in particular have been criticized about the move by Apple.

“On January 7th, I was notified by an Apple attorney that VLC media player had been removed from the App Store. That is how I was able to break the news first,” said Denis-Courmont.

Some reports attribute the banishment of the app from Apple’s store to a lawsuit filed by Denis-Courmont.

The Linux and VLC developer says in his post:

First, even I do not know for certain why Apple removed VLC, and Apple will probably never state the truth.

Second, Apple has already removed VLC from the “old” Mac Store for computers… already about 4 years ago, at a time when VLC was one of the most popular applications, and I am yet to learn the reasons why.

Third, Apple received my copyright notification more than 2 months before they pulled the application. This was not expedited, as the US copyright law would require. As such, it seems dubious that my well-publicized notification from last october is the root cause of the removal. It is nevertheless the reason why I was learnt directly from Apple that VLC was removed.

Last, Apple had the power and plenty of time (2 months) to adjust and clarified the terms of the App Store. Indeed, the terms were modified several times since then. Alternatively, it could even have continued to carry VLC implicitly distributed under the GPL by Applidium. This is effectively what I believe the situation was before the removal.

He ended by saying that “All in all, we will probably never know the truth.” He says that it was possible that Apple removed VLC from its app store “simply because it cannot stand software distributed under the GPL on its stores.”