Apple may make the iPhone 5 launch by September with the product being available in markets by October, a report from taiwan’s DigiTimes reveals. 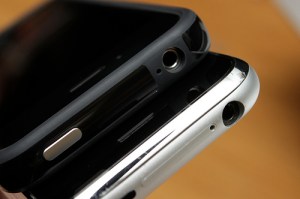 The site which has frequently been right with its reports about Apple products also say that the iPad 3 may also be unveiled in September leading to it being available by October this year.

The site, citing “industry sources” say that “Taiwan-based companies included in the supply chain for iPhone 5 and iPad 3 have begun to prepare materials for the production of the two devices”.

It reports that the iPad 3 and iPhone 5 “debuts in September and to hit the market in October”.

The iPhone 5 launch has been a widely debated date but some recent reports point to a launch later this year.

“Upstream component makers including Foxconn Electronics (Hon Hai Precision Industry), which is in charge of assembling the devices; Simplo Technologies and Dynapack International Technology, in charge of manufacturing batteries; TPK Holding and Wintek, in charge of touch panel modules; Catcher, in charge of chassis; and Largan Precision, in charge of webcams, are all expected to benefit from the orders.”

According to DigiTimes, Apple’s iPhone 5 launch will likely see only one model of the device while it estimates that “total iPhone shipments in the quarter will reach 24-25 million units with volumes to maintain at the same level in the fourth quarter.”