With initial data interpreted and provided by the International Data Corporation (IDC) Worldwide Quarterly Media Tablet Tracker, the leading tablet firm was able to reach a record-setting figure in the market that eventually directed to a remarkable second quarter for the entire tablet market, which was more than expected. 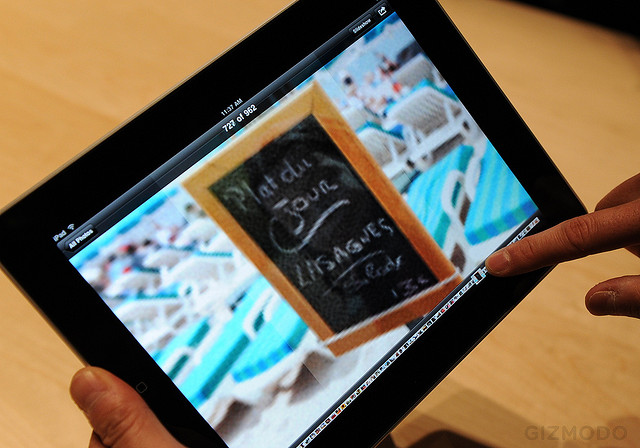 Research director of Mobile Connected Devices,  Tom Mainelli, commented that “Apple built upon its strong March iPad launch and ended the quarter with its best-ever shipment total for the iPad, outrunning even the impressive shipment record it set in the fourth quarter of last year.”

Mainelli stressed that majority of the tablet’s target market demographic has shifted from mature markets, which earlier presented a grip on the product, to vertical markets, which are mainly academic and has depicted recent increases in iPad’s share in the market.

“The vast majority of consumers continue to favor the iPad over competitors, and Apple is seeing increasingly strong interest in the device from vertical markets—especially education. While iPad shipment totals are beginning to slow a bit in mature markets where the device saw early traction, growth in other regions is clearly more than making up the difference,” he added.

Apple delivered 17 million iPads during the quarter, a fairly huge growth from the 11.8 million units in the first quarter of 2012, and far ahead the 15.4 million record of unit sales during 2011.

Meanwhile, Apple was not the sole company to experience a growth in the second quarter. Three other companies, belonging to the top five international marketers, also observed their shipments to have increased from one year to the next.

On second place is Samsung, which reportedly achieved exceptional growth after shipping 2.4 million units, an increase from the 1.1 million units last year.

Third is Amazon, which successfully bounced back from a slow first quarter, reporting shipment figures of 1.2 million units. The firm is known to have recently entered the international market by the fourth quarter of previous year, after exclusively shipping its Fire tablet in the U.S.

Lastly, garnering the fifth spot is Acer, which in contrast, experienced a decline in almost half of its unit sales last year. Its year-over-year figures presented 385,458 units shipped during this quarter, an steep drop from the 629,222 units in the past year. However, shipments of the Google/ASUS co-branded Nexus 7 are not reflected in this figure, since the popular tablet formally started its shipments during the third quarter of 2012.

On the other hand, the IDC anticipates a bigger fire that would further heat up the competition in the tablet market during the second half of 2012.

Clients and Displays program vice president Bob O’Donnell explained, “In addition to major new products from Amazon and quite likely Apple, we can also expect an influx of Microsoft Windows 8 and Windows RT-based tablets starting in late October.”

Meanwhile, O’Donnell warned that upcoming devices due for release in the following months might cause confusion to prospect customers, and would eventually go for the market leader or rather just select on marginal products and wait for another turn.

“If anything, there’s a real risk that people will have too many options from which to choose this holiday season. Consumers baffled by the differences between Amazon and Google versions of Android, or Windows 8 and Windows RT, may well default to market leader Apple. Or they may simply choose to remain on the sideline for another cycle,” he added.