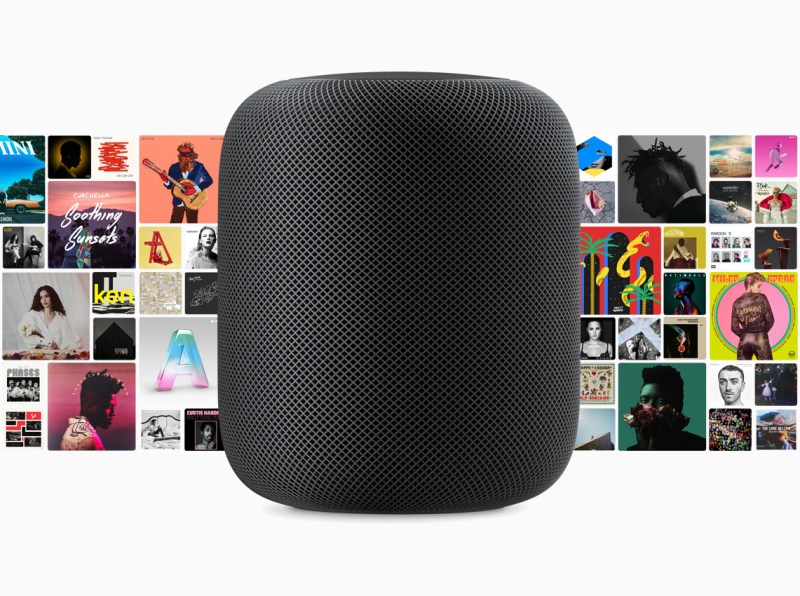 Apple has finally announced when its smart wireless speaker HomePod will arrive in stores and when you can start ordering online.

The tech giant says it will release the highly anticipated device in stores on February 9. Online orders will start this Friday, January 26 in Australia, the UK and the US. And it will reach the shores of France and Germany this spring.

In June last year, Apple CEO Tim Cook himself launched their latest creation in front of WWDC attendees. He touted the HomePod as an intelligent speaker that would reinvent home music.

A direct competitor to Amazon’s Echo and Google’s Home, the HomePod will expectedly offer high-quality audio in any room inside your house.

Apple says the voice-powered device will work with Apple Music, giving access to one of the largest music libraries in the world.

Through Siri, you can ask the HomePod to send messages, set timers, play podcasts, check the latest in news, traffic, sports and weather. Apple adds that you can also control other HomeKit smart home accessories.

Apple Worldwide Marketing SVP Philip Schiller has this to say:

It brings advanced audio technologies like beam-forming tweeters, a high-excursion woofer and automatic spatial awareness, together with the entire Apple Music catalog and the latest Siri intelligence, in a simple, beautiful design that is so much fun to use.

The 7-inch tall HomePod comes with the following features and components: 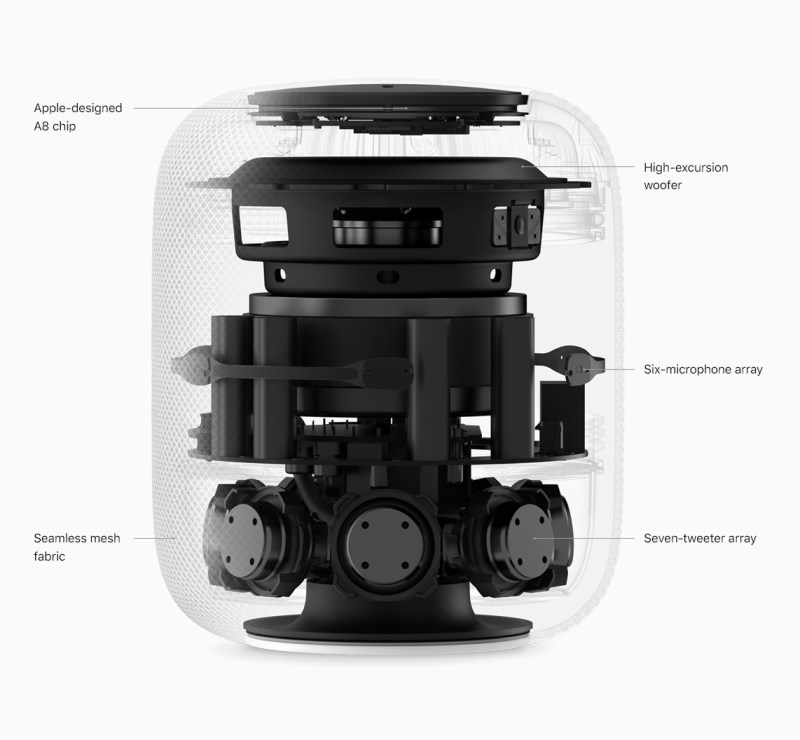 Apple says the HomePod uses an Apple Music subscription to access its music library of more than 45 million songs. And it continuously learns your habits, tastes and preferences shared across Apple devices.

For example, you can ask Siri for a song’s release date or to play “something totally different.”

As a Home Assistant

Apart from basic commands, Apple says the HomePod supports HomeKit to control other home accessories or to set scenes. This way you can control several accessories simultaneously. It can turn on lights, raise shades, set desired temperatures or make other adjustments.

For example, you can ask it to send messages using Facebook’s WhatsApp and to set reminders, take notes and list to-dos using Evernote or Things.

For example, you can ask Siri to play techno music in the living room or play the same song in each room. You can also set up two HomePods as a stereo pair for richer audio. 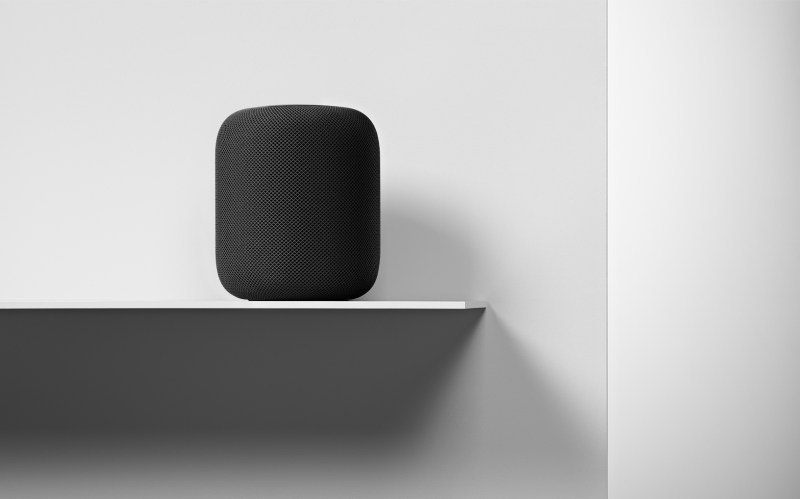 Online orders this Friday come with a retail price of 349 US dollars. Available colors are white and space gray from the Apple website and the Apple Store app.

On February 9, your HomePod will be available through these outlets:

In the US, you can get it through Apple Stores and at select Apple Authorized Resellers, such as Best Buy.

In the UK, you can get it through Argos, Dixons Carphone (Currys PC World), John Lewis, Shop Direct (Very and Littlewoods), EE and Apple Premium Resellers.

In Australia, you can get it through The Good Guys, Harvey Norman, JB Hi-Fi, Myer and Telstra.