Home » Anonymous Hacks Down The Interpol

Anonymous Hacks Down The Interpol 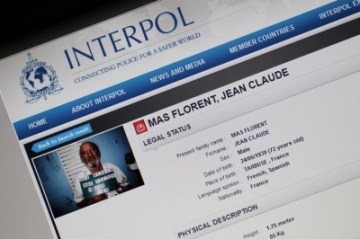 Interpol website has been attacked by hackers at Anonymous shortly after the arrest of 25 online activists associated to the International group. The hack attack was confirmed by two Anonymous Twitter accounts.

The International organization Interpol was yesterday the target of an attack undertaken the well-known group Anonymous in response to the arresting of 25 person suspected of hacking from several European and Latin America countries, reports ReadWriteWeb.

The action conducted by the Interpol, called “Operation Unmask”, targeted suspects of hacking in over 12 cities in Spain, Argentina, Chile and Colombia. The Interpol has coordinated the forces of order in all the countries mentioned, who have seized more than 250 computers and smartphones from suspects, aged between 17 and 40 years. Ten hackers were arrested in Argentina, six in Chile, five in Colombia and four in Spain. Also, two servers in Bulgaria and Czech Republic have been blocked during the operation.

The messages posted on Twitter by Anonymous activists, published during the DoS attack against the Interpol website, have included the statement “#Anonymous is not a criminal organization”.