Amazon takes shopping to a new height with cashier-less store 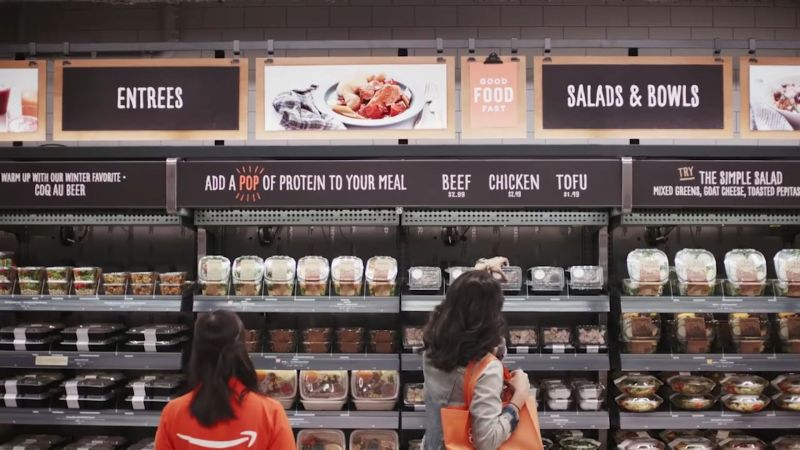 Amazon is redefining shopping with a new store called ‘Amazon Go.’ With the new store, the online retail giant is revolutionizing shopping and making life easier for every one of its customers. Located in Seattle, the store replaces cashiers with technology you would normally find in self-driving cars.

Customers who visit the store use an accompanied app that enables them to pick any item of their choice, and walk out without stopping at the cashier section. Using a range of sensors, the Amazon app detects what a customer grabs in the store and bills it to his account if he doesn’t return it.

Amazon Go will be available to the public in early 2017; but not until the company’s employees have concluded the Beta program. Rumors of Amazon developing a brick-and-mortar grocery store have been doing the rounds for a while, but all that have now been confirmed with today’s announcement.

“Four years ago we asked ourselves: what if we could create a shopping experience with no lines and no checkout,” Amazon said in a video announcement per The Daily Mail.

“Could we push the boundaries of computer vision and machine learning to create a store where customers could simply take what they want and go?’

With the launch, Amazon is set to reaffirm its dominance as the king of retail stores; a tag that has seen it introduce various innovative features and services in the last couple of years. When you find an item of your choice, the technology keeps track of it in a virtual cart that can be viewed via the Amazon Go app. However, nothing is charged to your Amazon account once the item is dropped or returned back to the shelves. However, if the item is not returned back to the shelves, and you walk out of the store, then it will be charged to your Amazon account, while a receipt will be sent to you by the system.

Items that you can buy when you go shopping in the store include; bread, milk, ready-to-eat breakfast, lunches, and dinners; all made by on-site chefs and local kitchens and bakeries, the retail giant said.

When you walk or enter the store, simply open the Amazon Go app and place it to a sensor located on what looks like a turnstyle in the entrance way.

Citing people familiar with the matter, The Daily Mail reports that customers will order items with longer shelf lives for same-day delivery using the Amazon Go app or touch screens placed virtually everywhere in the stores.

Grocery is big business in the U.S; and with about 17 percent or nearly $800 billion of total retail stores in the country fully embracing it, it is easy to see why Amazon is investing a lot in it. The grocery industry is a huge source of potential revenue growth for any ecommerce company, and no wonder Amazon is going all out to take on Wal-Mart with Amazon Go.