United States has been long known as the land of immigrants and it is referred so due to a valid reason. The overwhelming number of entrepreneurs and inventors produced by American immigrants has helped US maintain its status of a hotbed for pioneering innovations and technological breakthroughs. In a Forbes report published in 2011, it is stated that 40 percent of Fortune 500 companies were founded by immigrants or their Children!

In the light of such a massive impact of immigrants on not only American economy and life, but also on people all around the world, the Social Barrel team scanned the current technological landscape to see which tech companies have CEOs and/or founders who immigrated to United States. The idea was to see which leading tech companies have CEOs and/or founders who were not born in US and thus reinforce the role of immigrants in shaping American as well as world’s technological future.

Take a look at the country of birth of below CEOs and founders of some of the leading Fortune 500 companies and you might be surprised!!! 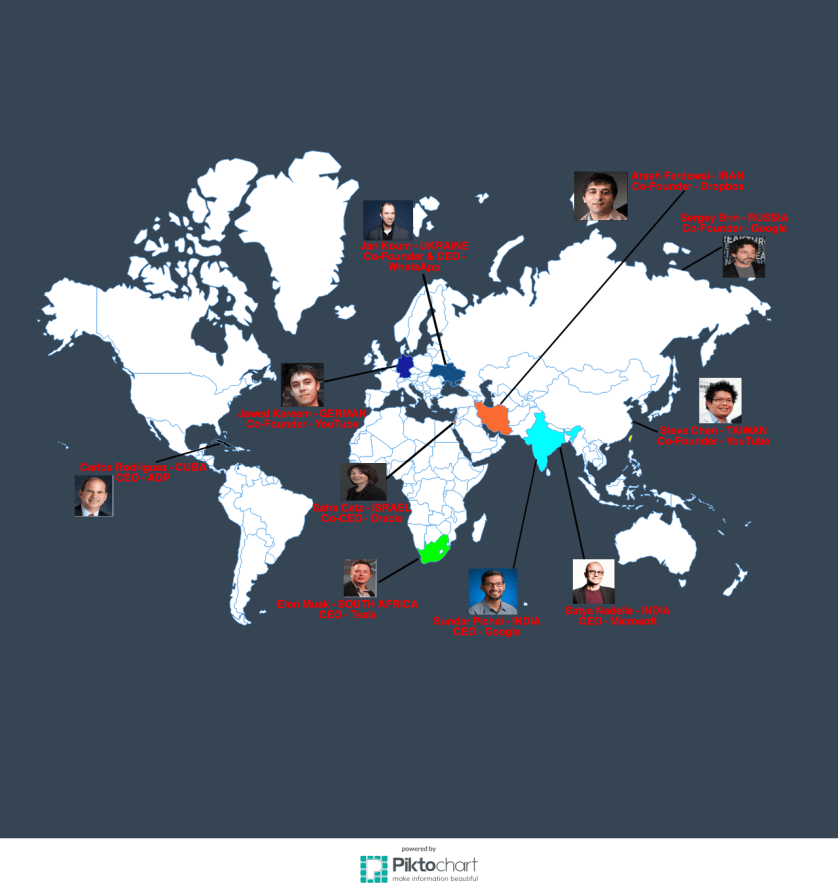